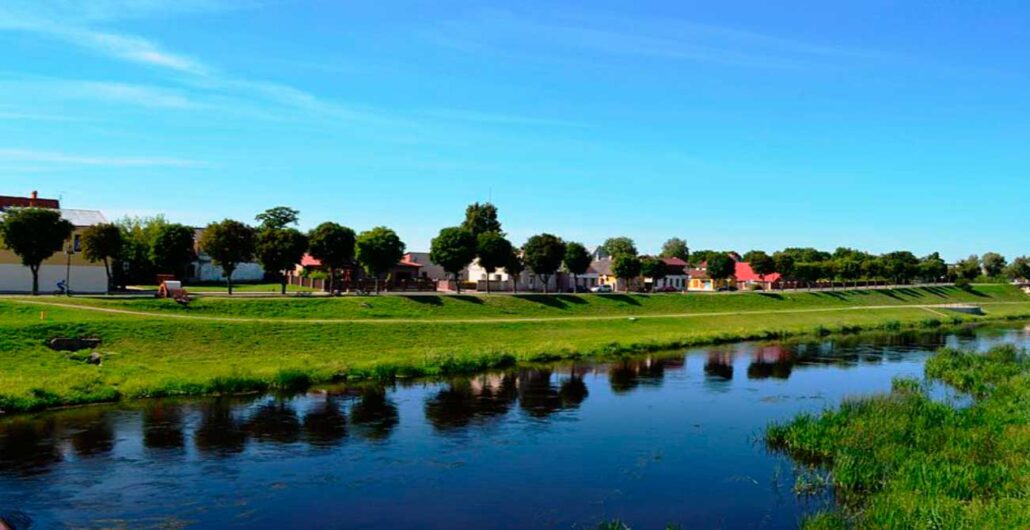 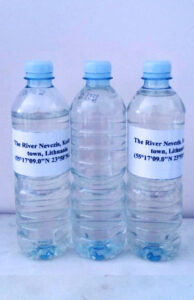 Learn more about River Nevezis
Learn more about River Nevezis
The Nevezis is the sixth longest river in Lithuania. Its length is 209 km and it flows only within the geographical confines of Lithuania. The Nevezis is also important in Lithuanian culture because it flows through the middle of Lithuania. During the Middle Ages, the river was considered to be a natural border between two regions of Lithuania: Samogitia and Aukstaitija (Highlands).
“The valley of Nevėzis is, apparently, rightfully considered to be the heart of Lithuania and its most beautiful place“ (Nobel Prize winner Ceslovas Milošas)
Kedainiai is a town located in the very centre of Lithuania. The officially established geographical centre of Lithuania is only a few kilometres away.
It is one of the oldest cities in Lithuania, dating back from 1372, when the name of Kedainiai was first mentioned in the Livonian Chronicle of Hermann de Wartberge. In the 15th century, the town became a regional trading centre. For around 300 years, Kedainiai belonged to Lithuanian noblemen Radvilas, one of the most powerful and influential noble families in the Grand Duchy of Lithuania. In the 17th century, it was one of the religious, cultural and educational centres for Protestants, while economic and religious freedom provided by Radvilas attracted foreign merchants and craftsmen to Kedainiai.
In the first half of the 17th century, the town was inhabited by Scots. The western part of the town was inhabited by German Lutherans. A Jewish community gathered around the Old Market Square. In the middle of the 17th century, a small Orthodox community established itself in the southern part of the town. Part of the town on the left bank of Nevezis River had an established Catholic Church of St.
Kedainiai is humorously titled as the cucumber capital of Lithuania. Gardening became popular in the 19th century, particularly the cultivation of cucumbers, while the majority of gardeners were Jews. Cucumber plantations on the banks and terraces of Nevezis River were also abundant during the interwar period. Even though the years during and after the war dealt a serious blow to the cucumber business, cucumber growers of Kedainiai have successfully survived to this day, and made the cucumber a symbol of our town.
The cultural diversity that existed at a certain time created a unique town identity, and the well-preserved Old Town of Kedainiai reflects the traditions of the architecture of various nations and confessions. Today, Kedainiai Old Town, which is one of the seven Old Towns in Lithuania, is an urban monument of national importance. The Old Town has preserved its old road network, trading squares, as well as sacral, residential and public buildings of the 16th-19th century.
There are also various museums, cafes and restaurants, where you will find many cosy places to have a snack and a cup of coffee after a pleasant walk around Old Town. Cucumber festival is organized in Kedainiai, which is a unique event not found anywhere else in Lithuania. A town event is organized in August, where, for several years in a row now, the town’s European spirit is lifted by a jazz festival “Broma Jazz”.
CHEMICAL ANALYSIS